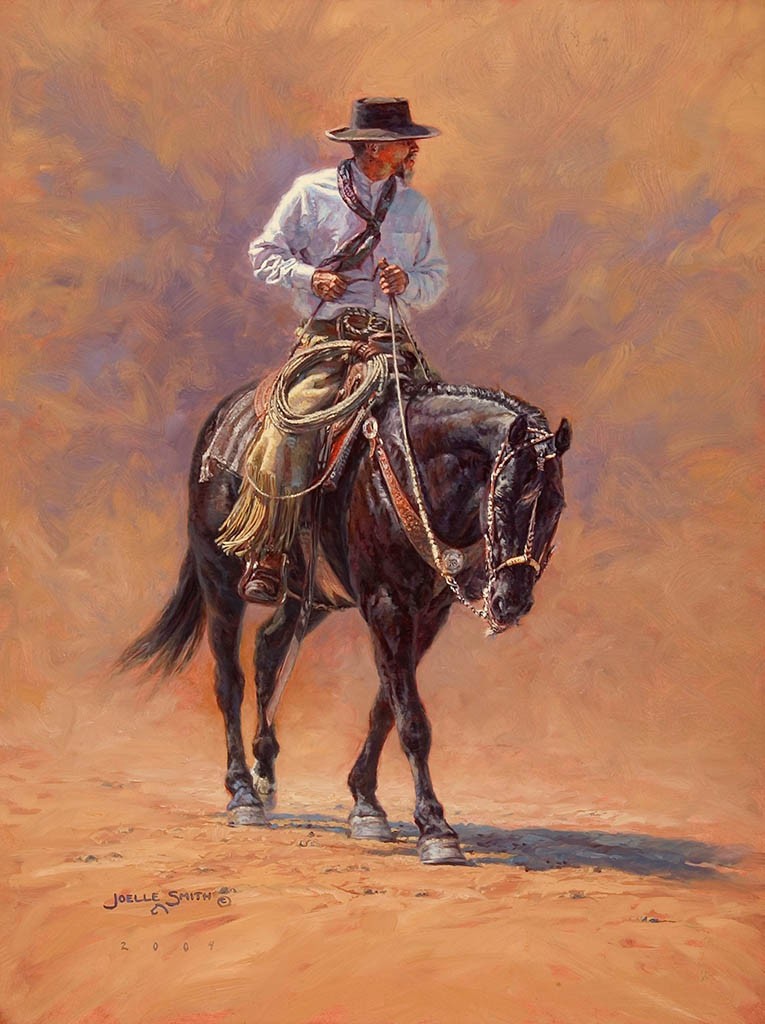 The saga of the Vaquero follows a twisting route, with trailheads in two distinct parts of the west. One begins in the Southwest, two decades before the pilgrims landed in 1620 on Plymouth Rock, when adventurous criollos (Spanish-born Americans) and mestizos (mixed Spanish and Indian settlers) pushed past the Rio Grande River to take advantage of land grants in the kingdom of New Mexico, which included most of the western states.

The California vaquero history is an interesting one as well, as it too is the saga of the early Spanish and Mexican horsemen of California. It includes the influence of the Mission Era Spanish and Mexican land grants, the hide and tallow industry, and the gringo pupils whom later evolved into today’s “Buckaroo”(an Americanized, corrupted version of the Spanish word “Vaquero” derived from the Spanish pronunciation of the V sounding like an English B)

Regardless of geographic origin, the true essence of the Vaquero revolves around the style and grace with which he partners with his horse to accomplish the tasks required to get the job done, whether it be gathering, sorting or roping cattle, or just transportation from one place to another. Its all about encouraging the horse to be a willing partner, through an unhurried process, methodically training the horse through a series of steps, and with specific types of equipment. It’s the combination of the philosophy, the attitude, the technique and the gear that make the Vaquero.

The vaquero’s influence was so dynamic that it inspired an entire culture that remains alive and well today. The beauty of the silver ornamentation on bits and spurs, the intricacy of the rawhide braiding in bosals, reins and reatas, and the unique headwear and clothing of the enthusiasts that are involved in the lifestyle are all evidence of the vaquero’s enduring legacy.

Our mission at Viva Vaquero is to offer access to the fine art and literature that celebrates the culture of the Vaquero, both new and old. We hope you enjoy your journey through our website, exploring the many facets of the Vaquero!