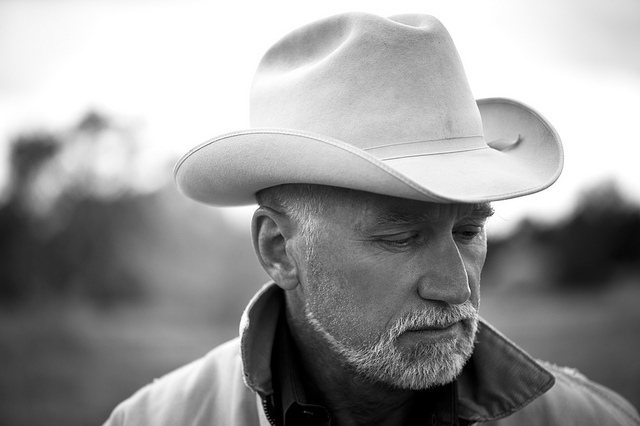 I knew I wanted to make photography my life when I opened an Aperture book titled Edward Weston and saw Pepper No. 30. Pow! The force of that image hit me square in the gut, I practically doubled over from the sudden rush of emotion, an epiphany. The world suddenly opened up, anything was possible, anything could be made into a picture. It was 1977 and I was 30.

Thirty-four years later, I’m still loving Pepper No. 30. I named my older son Weston. I published a book of Edward’s and his son Brett’s sand dune photographs. Above my desk as I now write there is a framed portrait of Edward, by Brett.

So? Am I out there trying to be Edward, or Brett, or Ansel Adams or Paul Strand or Andre Kertesz or any number of photographers who have influenced me? Yes and no. Yes, I have tried to crawl into their skin and look through their eyes to see the world as they’ve seen it. No, I haven’t placed a pepper in a tin funnel and used an 8x10 camera to duplicate the effort Weston made in 1930. What I’ve embraced from my mentors, both dead and alive, is their belief that photography can take you to places outside yourself, that photography intensifies living, seeing. Even--especially--when I am not holding a camera to my eye.

I have seen no reason to quit putting film in my cameras and making pictures as I have done since I began. I am content, happy, to work within the limitations of straight photography because I know that great and timeless pictures can still fit within the frame. Content matters. The moment matters. And the process matters, to me. I like everything from exposure through to pulling a print in my darkroom. It is deeply satisfying. I feel like I am just now comfortable with my tools and I’m ready to make the kinds of photographs and prints I once dreamt of. Another beginning.