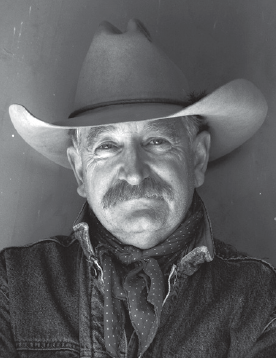 Gary’s parents were children during the Great Depression, and both their families lost their farms during that terrible time. His dad had three brothers and sisters, and his mom had six. Both families had to sell everything on the auction block (including the dogs!), pack what they could in their suitcases, and leave, searching for a new start. So Gary has heard his share of Depression stories. But he says the story of Bob and the ape is “the dangdest one I’ve ever heard. I was buying a tractor on a private sale one day. The tractor was sitting out in the yard of the ol’ boy who was selling it. We went into the house to do the paperwork, and I noticed some pictures on the wall that prompted him to tell me the best story I’d ever heard about making it through the Depression. The ol’ boy swore it was true, I saw the pictures myself, and I’ve even talked to folks who saw it. Judge for yourself.” 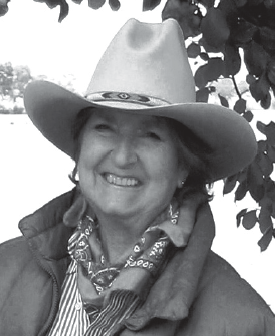 According to Vel, “I feel the West lives on, not just in the heart of a cowboy roping a calf. It lives in all of us. It is in life’s hardships and rewards. I see it in children with their animals and in parents with their children. I find it in the wonder of the latest crop of calves or colts and the evening light shining across a meadow. I hear it in the creak of a new saddle, the nicker of a mare to her foal, and the crow of a rooster announcing a new and sparkling day. There are still stories to tell and a world full of subjects to portray. An important mentor of mine, Joe DeYong (a protégé of Charlie Russell), encouraged and enchanted me with his stories and love of the Old West. Gary is my friend, and this poem inspired me to portray the story he told.”