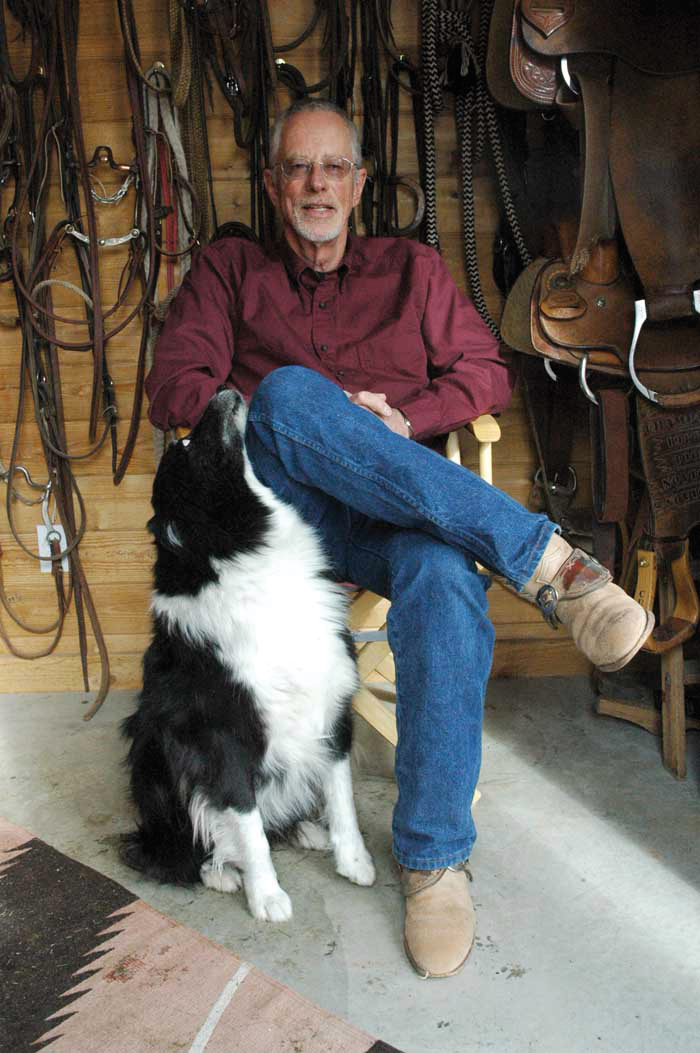 As a boy Don Weller drew horses and cowboys when he wasn’t exploring with his horse along the Palouse River or over the rolling hills that surrounded his childhood home near Pullman, Washington. He roped calves in high school and college rodeos and sold some cartoons to Western Horseman magazine. His passions were horses and art.

Graduating from Washington State University with a degree in Fine Art, he sold his horses and moved to Los Angeles where he spent decades doing graphic design and illustration. His work appeared on record covers, posters, in advertisements, and on hundreds of magazine pages. He did covers for Time Magazine, TV Guide, and illustrated stories in Sports Illustrated, Boys Life, Pro, Readers Digest and many others. He did posters for the Hollywood Bowl, The National Football League, The Rose Bowl, and the 1984 Olympic Games in Los Angeles. He illustrated three children’s books and published a coffee table book about cutting horses, Pride in the Dust. He created five stamps for the United States Post Office.

Besides illustration and graphic design, he taught school part time, three years at UCLA, where he met his wife Cha Cha, and eleven years at the Art Center School in Pasadena.

Finally Don realized he had seen all the cement and palm trees he could stand. They moved to Utah, near the skiing at Park City. A book project for the NCHA introduced him to a neighbor who trained cutting horses. The west of his childhood came flooding back. It was still there, just as he’d left it. The cutting horse book project took him to Texas and Arizona, California, and Montana. He was in arenas and on ranches.

He began to wonder what it would be like to ride those cutting horses. He found out, and his adventures expanded to cutting contests, rodeos and ranch life.

Now Cha Cha and Don live in rural Oakley, Utah, with Buster the border collie, two cats, and five horses who are bred to cut. Don creates western paintings and rides the cutting horses. In the summers the menagerie grows to include cattle and sometimes buffalo. In winter they ski.