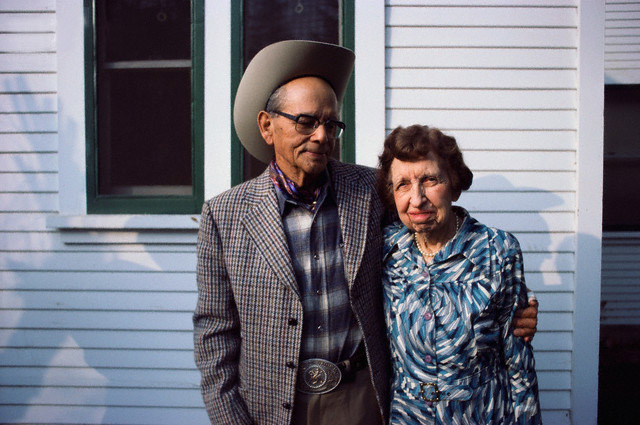 Arnold R. Rojas (1898-1988) has the distinction of chronicling the life and lore of California's Vaqueros. He came by the knowledge honestly. As a young man he moved from Pasadena to the San Joaquin Valley to pursue a passion to be a Vaquero. "The only work I could get in Pasadena was orange picking, but I wanted to be a rider." Rojas once said. The vaqueros whose stories he told were Mexican cowboys who employed the Spanish la Jineta style of horsemanship in which a rider's body directed his mount; in the more conventional American cowboy style, reins are used to control a horse. This is an important distinction because the riding style symbolized a heritage; as Rojas explains in his 1974 collection that we feature here, These Were the Vaqueros: The Collected Works of Arnold R. Rojas, " By vaquero I mean the man who brought the cattle to the West and herded them for a hundred years or more before the United States took possession of half of Mexico's territory."

The book contains five sections - based on five of his earlier works - with tales gathered from old California vaqueros. The first section tells the history of the early land grants and of the vaqueros who drove the great herds. The second section gives the lore of the vaquero - his ways and beliefs. Part three is filled with more stories from the vaqueros of old and how they worked their horses and mules. Part four tells more of the methods of the vaquero and section five speaks of bits and bitting and the ways of the bridle horse.